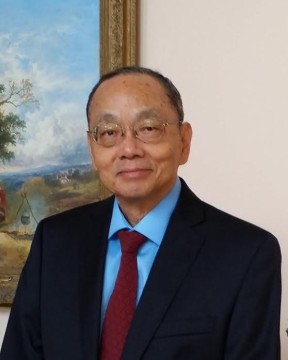 Prof. Tao-chung “Ted” Yao, professor emeritus in East Asian Languages & Literatures of the University of Hawai’i at Mānoa, passed away on September 19, 2015, after a lengthy bout with lung cancer.

A graduate of Soochow University in Taipei in 1968 with a degree in English Literature, Prof. Yao came to the U.S. in 1969. In 1973, he earned an MA in Asian Studies with a focus on Philosophy, from Seton Hall University, and in 1980 a PhD in Chinese Language and Culture, with a focus on History, from the University of Arizona.

Currently, the Integrated Chinese textbook series is the most widely used Chinese language instructional text in the U.S.

In addition, Ted authored over 60 articles on language pedagogy, testing, and religion, and contributed to dozens more.

Ted became a national leader in assessing Chinese language proficiency. He developed and published the Computer-adaptive Test of Reaching Chinese (CATRC); served on the Chinese committee for the Chinese SAT (Scholastic Aptitude Test) II for seven years, and was the chief reader for AP (Advanced Placement) Chinese for five years.

In November, 2010, the Chinese Language Teachers Association honored him with its Ronald A. Walton Lifetime Achievement Award—its highest prize, established in memory of a man who had devoted his life to Chinese language education.

Looking back over his career, Ted offered the following comment, “All my training was in philosophy, religion, and history, but except for one course on Chinese religion at Mt. Holyoke College, I have only ever taught courses in Chinese language and pedagogy. Anyone who enjoys teaching Chinese has a future!”

In his retirement, he continued teaching and working on miscellaneous articles, the last of which will be published posthumously.

He is survived by his wife and longtime companion, Kuang-Tien Chang, his son James Yao, daughter-in-law Vicky Wang, and two fine grandchildren: Alexa and Dylan Yao.