By Fangyuan Yuan
With Contributions from Weidong Zhang, Claire Kotenbeutel, and Yea-Fen Chen

The Chinese Language Teachers Association, USA (CLTA) successfully held its 2014 annual conference in conjunction with the American Council on the Teaching of Foreign Languages (ACTFL) in San Antonio, TX from Nov. 21-23, 2014, with the theme of “Reaching Global Competence.” This (inter)national event brought together hundreds of Chinese language educators from around the country and attracted a number of international attendants. A dozen publishers and vendors exhibited their recent publications and showcased their services related to Chinese teaching and learning.

This year, the conference featured 70 panels, 11 roundtable discussions, and 4 poster sessions. About 250 presenters shared their research findings and teaching experiences, and discussed issues and challenges relating to teaching and learning Chinese as a second language at different levels. A variety of topics were covered, ranging from classroom research, curriculum design, syllabus development, technology-assisted teaching, articulations between high schools and universities, language policies, study abroad, to textbook development, to name just a few. Almost all the panels were well attended and followed by engaging discussions. In addition, two workshops were offered with more than 60 participants for each on the topics that were particularly attractive to our new/young members: “Empirically-based Instructional Strategies and Best Practices in CFL Classrooms” by Prof. Jin Hong Gang and “Teaching Chinese with Technology” by Professors Phyllis Zhang, Tianwei Xie and Jun Da. As in past years, CLTA set up a special booth hosting the event of meeting-with-authors in which some recent publications authored by our members were displayed. 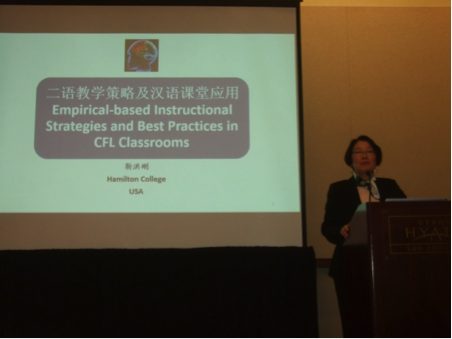 One of the important events at the conference was our General Membership Meeting where old friends and new colleagues gathered together, exchanging ideas and renewing friendships. This year’s meeting was chaired by Prof. Hongyin Tao of UCLA, President of the Association for the year 2014. Prof. Tao reported to all the members about the major initiatives, work and achievements of the year 2014, together with the chairs of different committees. Here are some highlights: 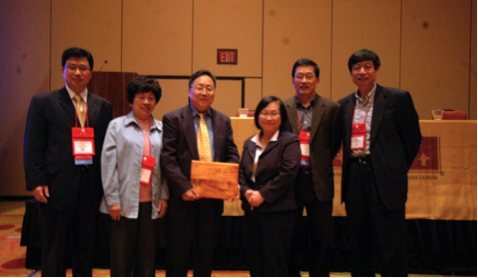 At the meeting, Prof. Tao announced several important changes and possible changes, which signify a new development of the Association. The highlights are as follows: 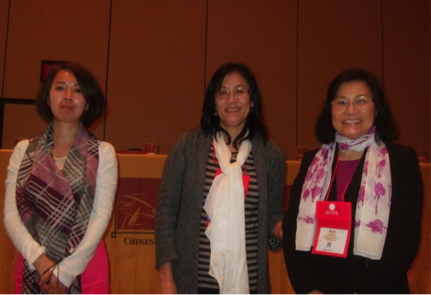 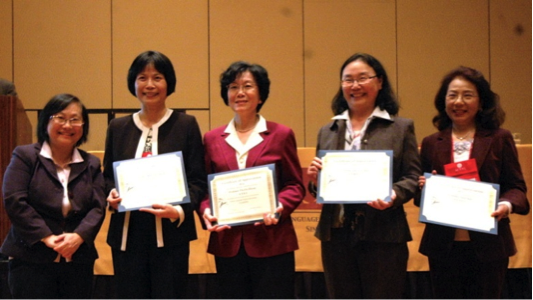 Prof. Chengzhi Chu, our 2015 President, concluded the membership meeting with a brief speech. He expressed profound thanks to Prof. Hongyin Tao for his outstanding leadership and dedicated work, and heart-felt appreciations to all the CLTA members for their trust and support. Speaking about the work of 2015, he introduced the functions and responsibilities of the 12 standing and ad hoc committees of the Association and called for member participation in the CLTA Logo design competition, fundraising initiatives, on-line vote for new board members and Vice President, and the Chinese National Honor Society Initiative.

CLTA 2015 Board of Directors, Committees and Officers